There is no Holy Grail. Every trick has weaknesses. If you cannot tell the weakness from a trailer, stay away from it. The reasons for not seeing it is either that crucial parts have been cut or that you are not experienced enough yet to see the weakness. If you are reading this blog the first one probably applies to you. If you see the weakness, then you have to decide if it is something you can live with.


If you played around with the gimmicks involved, you know that you need that exact necklace and that it might not suit your style. And that the necklace cannot be examined. Not even parts of it. If you are confident enough to be able to deal with that and if the necklace suits your style, then by all means get the gimmicks and the handling tips by Alan.

However if you have no fucking clue how it is done then one of the two points above apply to you. Actually the second point.

And that leads to the logical outcome. If you cannot tell the method from the trailer, you should never buy it. Basically the exact opposite of what is the norm nowadays. Magicians buy the stuff they cannot figure out. You should never do that!

Because the actual method's weakness may not be manageable by you or, you are simply not experienced enough to handle it.

Here is another example: Smokin Flash Silk by G Sparks


I really don't know how this works, nor do I care. But I know that I am probably not able to do the trick justice. If even the man himself cannot do anything but a cringe worthy demonstration.

And as a general rule. Stay away from cards! You do not need more card tricks!
complaints go to Roland No comments:

Oliver Bahm is a magician from Illingen in Germany, which is near Stuttgart which is in the very south of Germany. Pretty remote place and in my opinion very backward.

That group basically sells other people's creations. Most of the selling is done by Oliver Bahm himself.

But he has a sneaky way to get around the usual publisher rights and to avoid legal responsibility. By basically changing every word and by slightly changing the method / effect of the trick. According to what he claims. I don't know that for sure, but I have good reason to doubt that.

I have a couple of screen shots of some magicians communicating with him where he is offering to sell unaltered copyrighted ebooks. But those are just screen shots and the deal was never made.

So in terms of copyrights he is in the legal zone. Morally of course not. Aside from that, his performing persona is very, very unlikable. I wonder how he gets gigs. Very much up the high horse, looking down. But this may be due to the location he is in.

He also has that practice which I really despise of having multiple cloned websites with different regional names within to indicate that he comes from there.

Most recent case. Alexander de Cova has a pretty good book series in German, called "Burners" really good books. Really good. Oliver Bahm actually claims via is Facebook group to have those books as pdf. And those that what to look at them should contact him. He even goes as far as saying that further distribution is not allowed. How dense is that man?

He clearly knows it is wrong to do that and has since removed that statement. Which is a clear indication of him being aware that this behavior is wrong.

I'm sure he will say it was a gag and nothing like that is true, but we all know better. His track record is not in his favor.
complaints go to Roland No comments:

Meet Evan, a a world-traveling entertainer, filmmaker, and father from Louisville/Crestwood, Kentucky. A very likable chap with a complete misunderstanding of magic. To him magic is nothing but a puzzle that requires explanation. Or so it seems. Evan has a YouTube Channel and over a million subscribers. Let that sink in. so over a million people get a notification when he is about to explain magic. But not his own ideas... no, mostly beginners tricks, but also store bought tricks. None of the things he "teaches" are his own. All the creations of others.

And I feel very strongly about that particular thing. If you just ruminate the creative effort of others you are nothing but a parasite. And a parasite Evan Era is. In the strictly technial sense. He just gains from those ideas and my guess is that he doesn't pay the creators any royalties, nor credits them.

Among the stuff he reveals are the Diminishing Cards, the Zig Zag Rope, the Magic Butterfly, the Water Crystal, Sword through Balloon, the Four Dimensional Trunk and the Card Zig Zag basically the whole Tenyo catalog up and down.

But not only that, also the classic Pen through Bill, the Knife through Arm, Sword Swallowing, the Appearing Cane, the Neck Cracker Gimmick, Several Fire Gimmicks, basic Spoon bending, the mirror glass, and he also reveals the Himber Ring.

The business model is obvious. His income is the videos themselves. That is a sound way of making some money. But he does it under the pretext of teaching magic. And he is not.

His is not teaching... he glosses over the method, with his limited understanding of magic, he regurgitates what others have said before him. He adds nothing new, shows no understanding of effect, structure and composition of a routine. Its just a dealer demo with an explanation.

And he sucks at sleight of hand. His videos are cut, mainly before the actual effect. This maybe a cut done for the purpose of pacing, but also reveals his lack of understanding magic.

Evan is this weeks magic failure.
complaints go to Roland No comments: 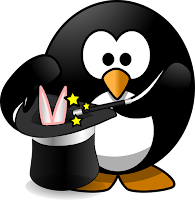 "Fooled me bad. And not just once. More like 100 times!"
"I performed this live on stage the same day I got it, then non-stop."
"Almost everything is a magician fooler. I love this!"
"I have no idea how it's done, and none of my friends do either."
"A prediction trick that'll get you a standing ovation."
"For the first time ever, she was TOTALLY FOOLED."
"This trick fools magicians bad. Then they cry. It gets weird."
"That fooled the %@#& out of me!"

I sense a pattern in the force. Did you get it? Did you?

Yes, most of them are CARD TRICKS...
Nothing wrong with that of course. For the most part.
complaints go to Roland No comments:

One being a mentalist, the other one an optimist. And what is so sickening is the fact that honest tweets, post and prayers are being undermined to further the personal agenda of certain magicians who start their message by dropping "I", "me" and "my".

"I couldn't have been so great if it wasn't for him. Btw... See my new show at the casino tonight."